In the U.S. this would be equivalent to a gay pride parade.  I saw a sign that said something like, “Christopher Street was a riot, not a party,” so I decided to look it up.  Interestingly, although it’s a European LGBT event, it was named after an event in the U.S.  From Wikipedia:  “The CSD is held in memory of the Stonewall Riots, the first big uprising of LGBT people against police assaults that took place at the Stonewall Inn, a bar on Manhattan, New York City’s Christopher Street in the district of Greenwich Village on June 28, 1969.”  More information here:  https://en.wikipedia.org/wiki/Christopher_Street_Day

CSD Stuttgart 2017  (use Chrome so it will translate automatically)

The event started at noon, the parade started at 3:30, and my friend Monica and I arrived about 4 and got a great spot in the front row.  The parade had a fun, positive vibe.  The videos from the parade are really entertaining, but at the bottom of the post because they show up so big here.

Gotta love Germany – they sold pretzels before the parade started. 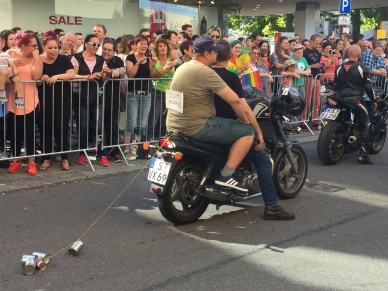 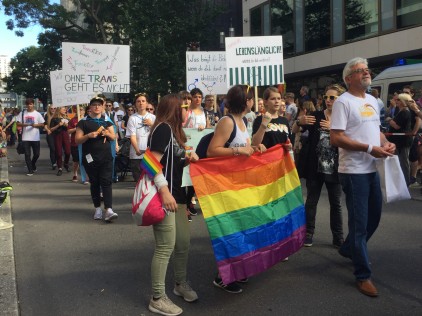 Everyone’s included… even those of us in the middle. 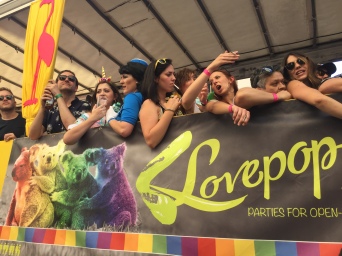 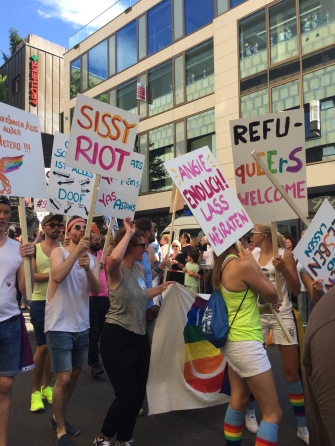 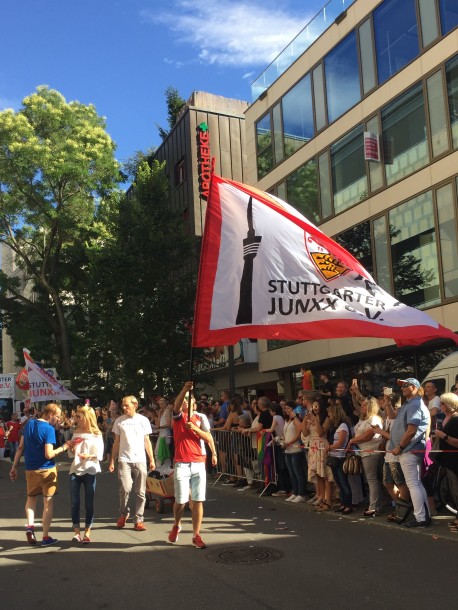 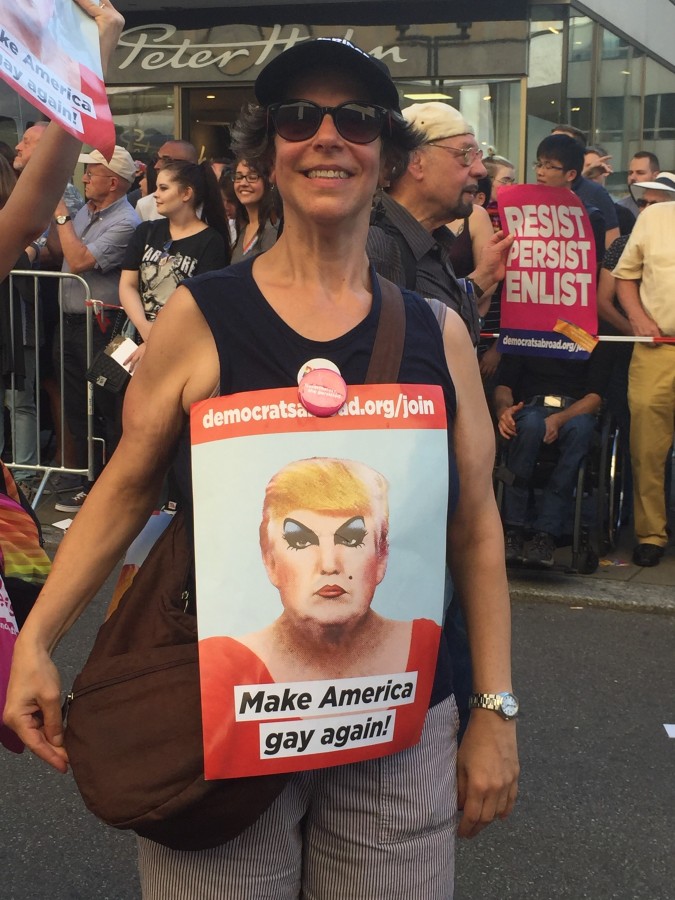 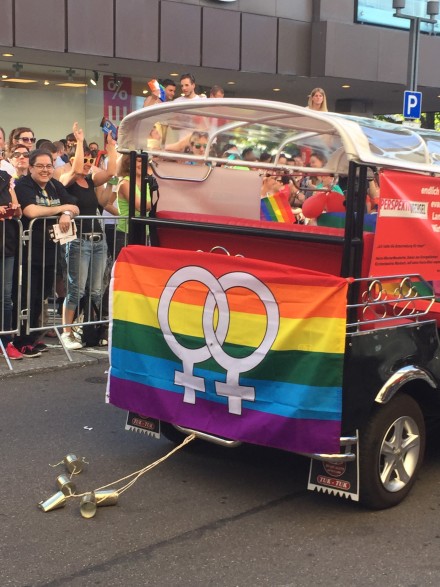 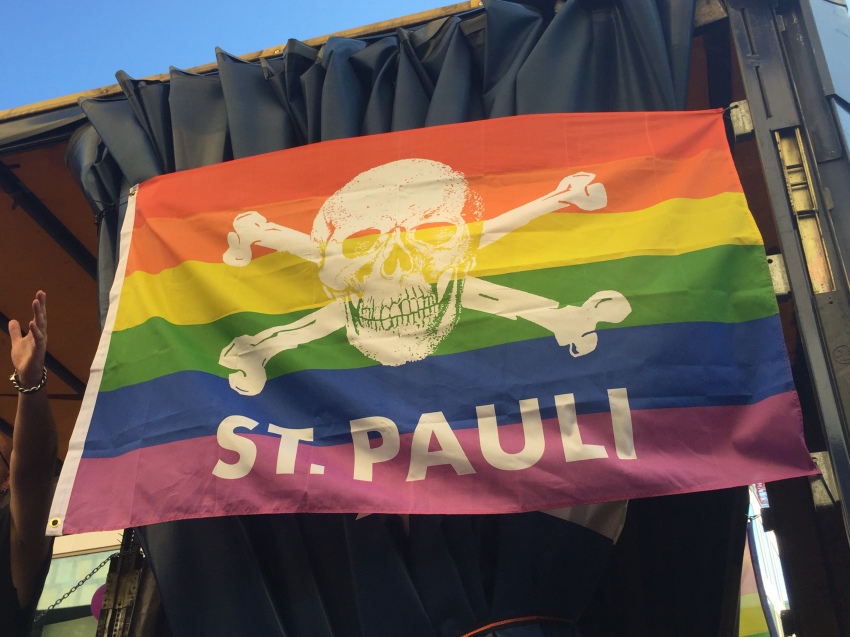 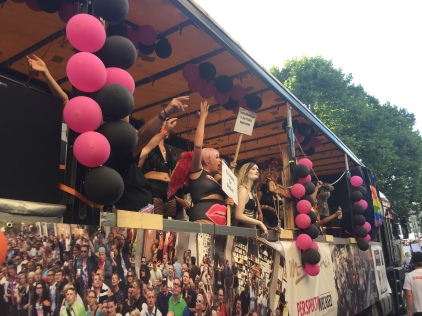 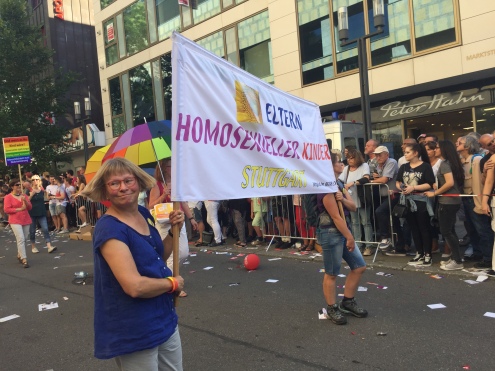 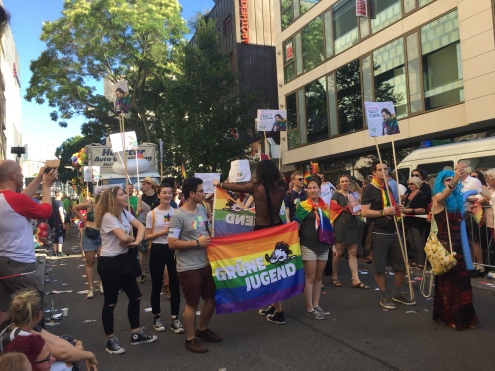 Someone came by with rainbow chalk for our cheeks 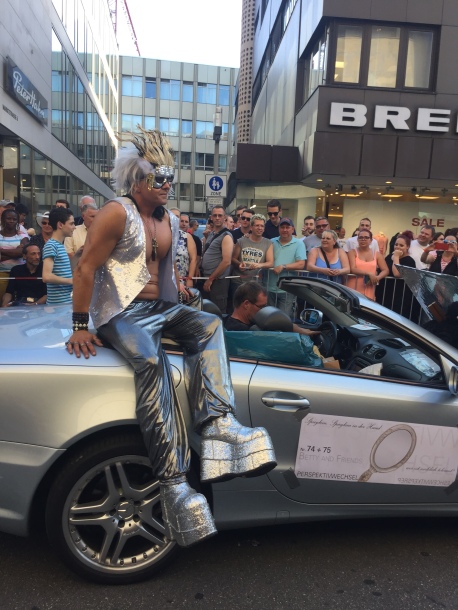 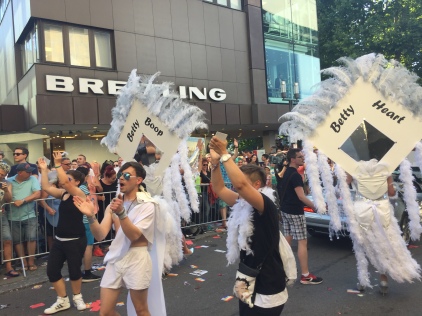 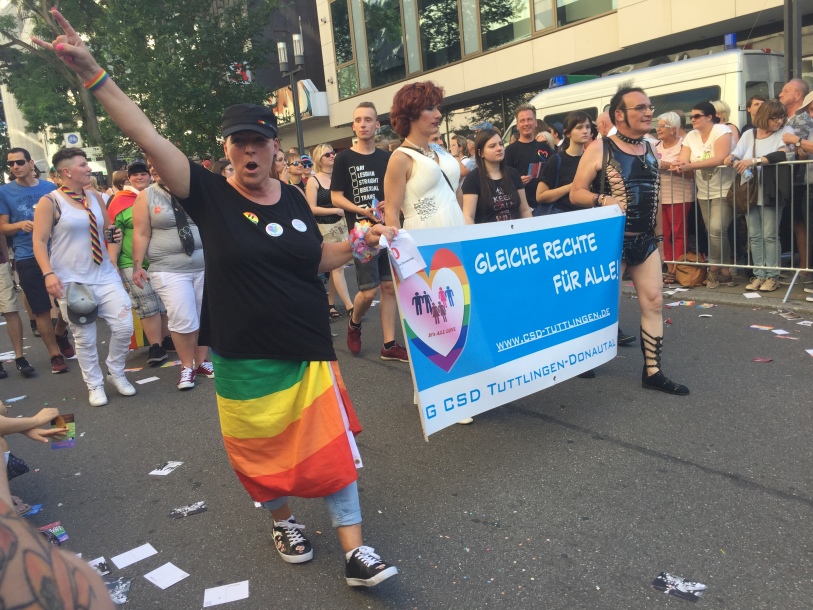 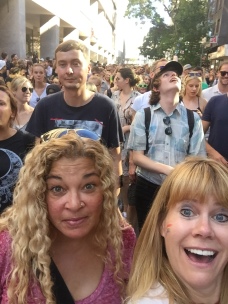 At the end we tried to cross the street and accidentally got stuck in the parade.

After the parade the festival continued in a couple plazas around Markthalle and surrounding pedestrian areas.  We ate at a restaurant because the tables in the plaza were all full, but then came back to listen to some music.  Germany loves 80s music – this is one of the reasons we get along. 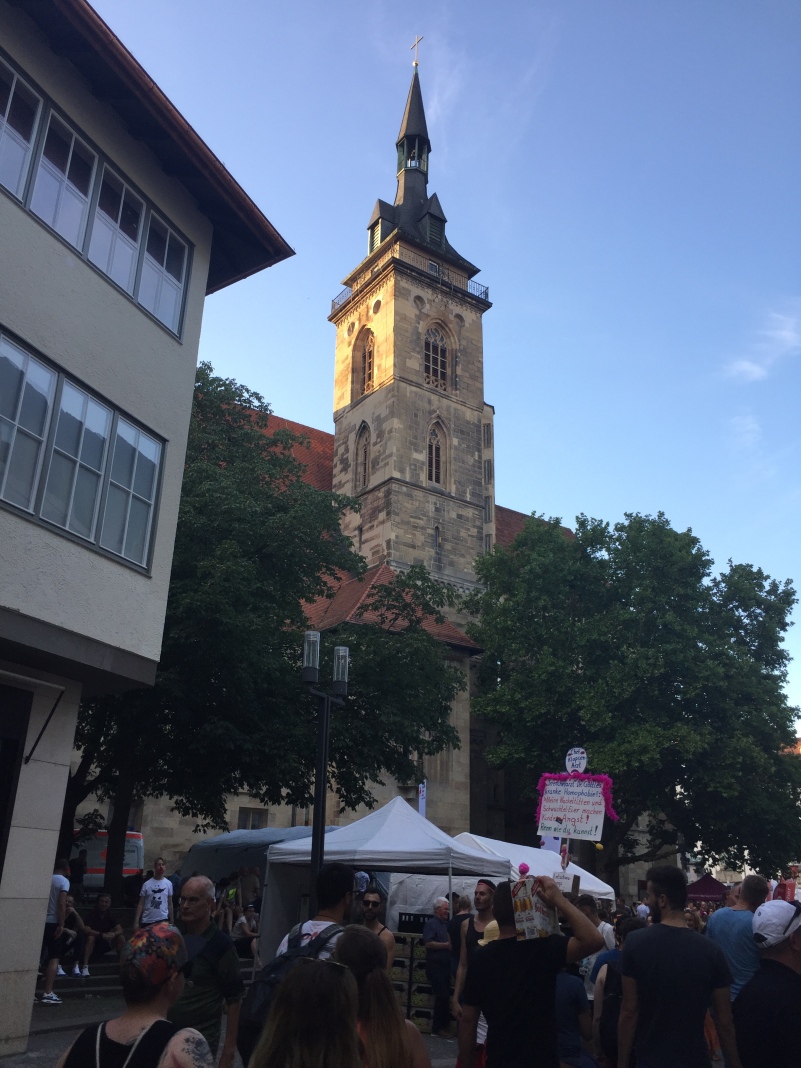 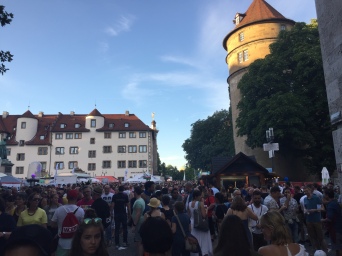 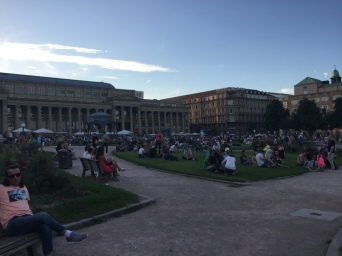 And now for the videos…. only watch if you like dance music and people having fun.