I am way behind on my travelogues, so I’ll start with an easy one which is mostly pictures. In March 2017, I  went to a conference that was held on a Monday through Friday, but decided to head down a day early to ski on Sunday.  Garmisch-Partenkirchen is a beautiful town in the Alps near the border of Austria and the highest mountain in Germany (Zugspitze);  my conference was in the American hotel, Edelweiss. 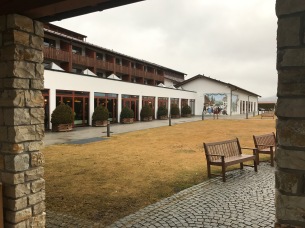 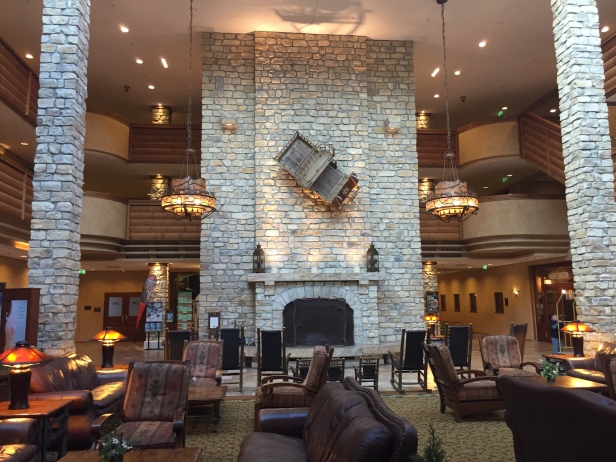 I wasn’t sure if I would make it skiing since it was rainy, but when I called for information the night before the woman said even if it rained in town it would be snowing on the slopes so I gave it a shot.  When I got to the shuttle bus at 8 am on Sunday, there was only one other person on it.  Luckily we got along well and were about the same skiing ability, so I had a ski partner for the day.  It was very snowy in the morning, but it also led to great powder and then the skies cleared up in the afternoon.  For the record, I’m completely skipping over the parts about me losing my gloves (which were right where I left them) and other embarrassing things that happened when I wanted to make a good impression on my new ski buddy – let’s just skip to the cool pictures. 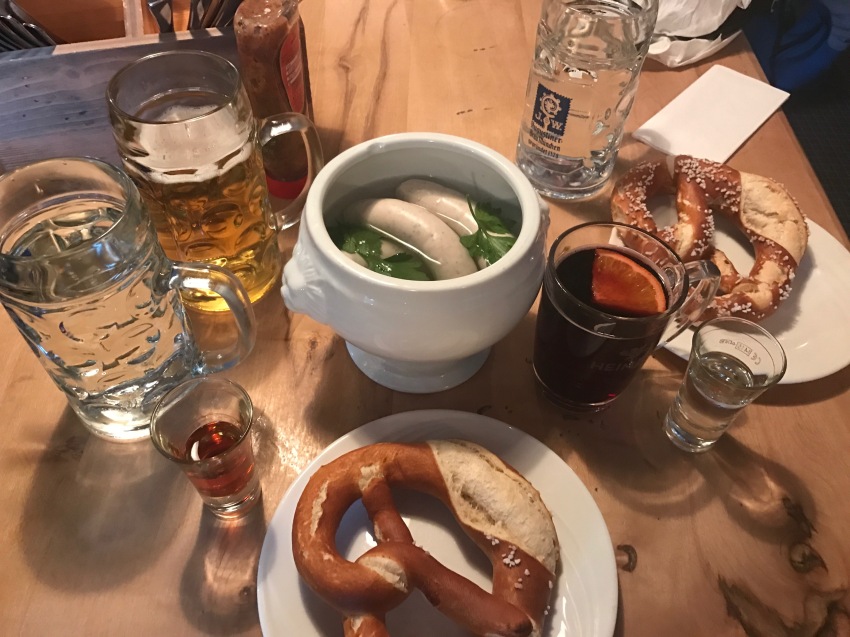 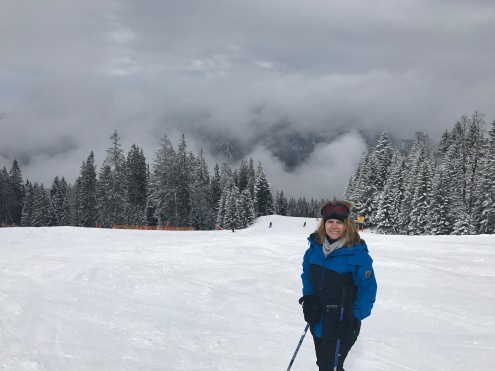 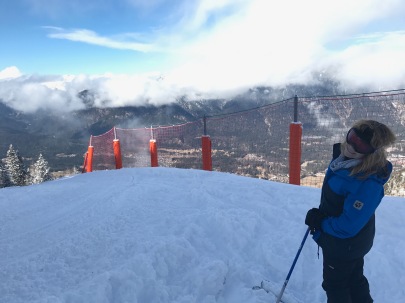 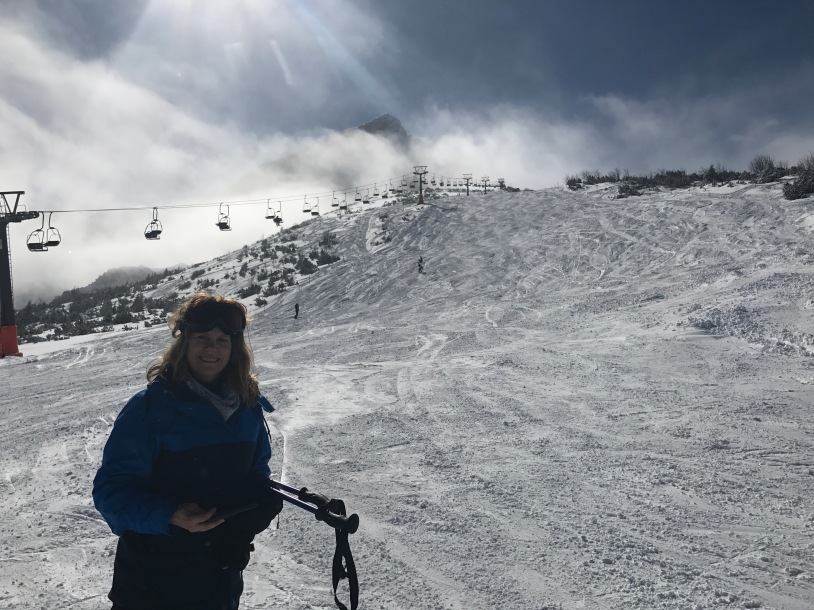 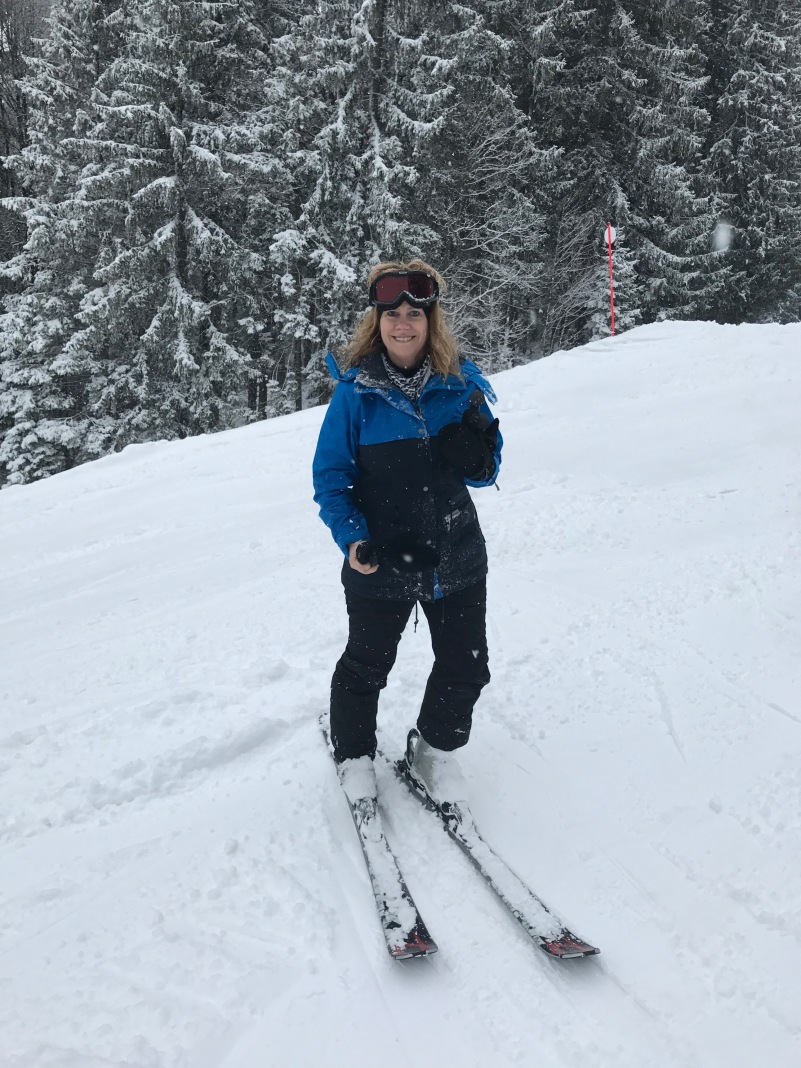 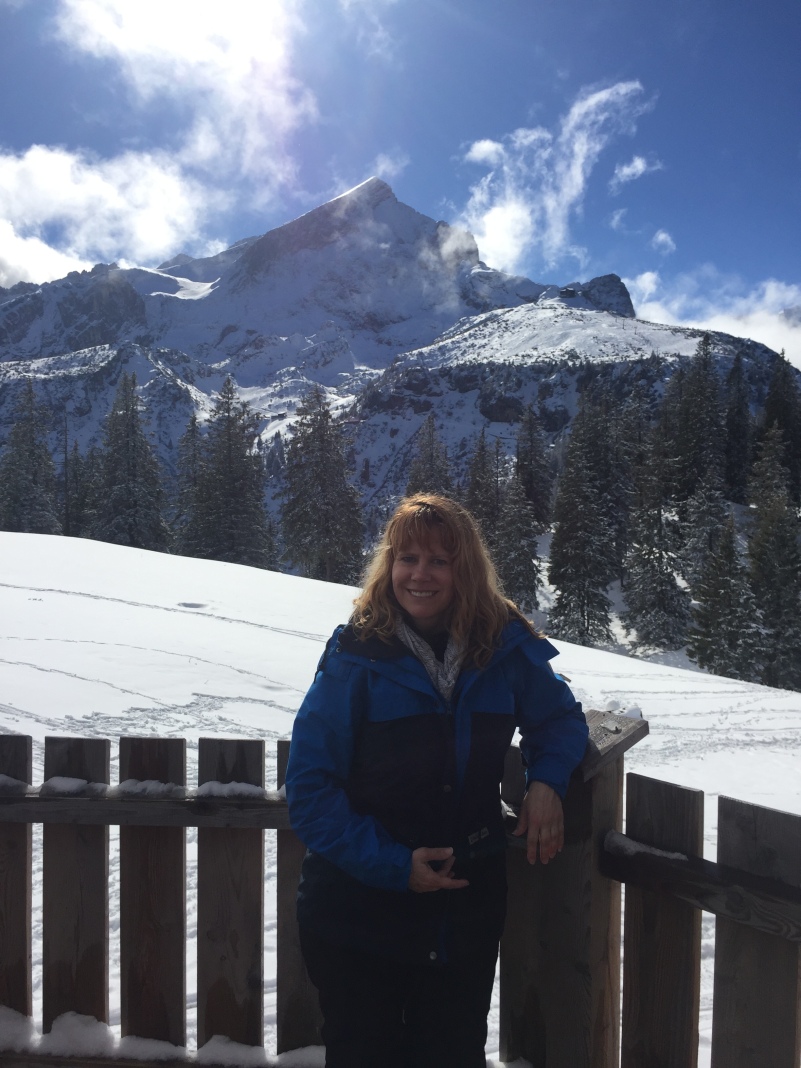 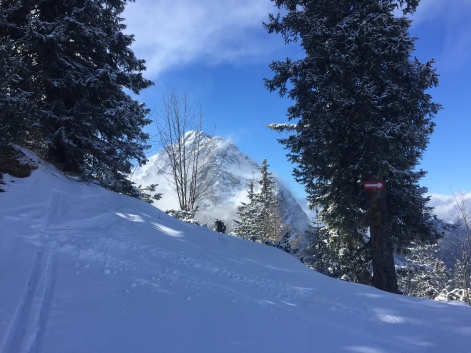 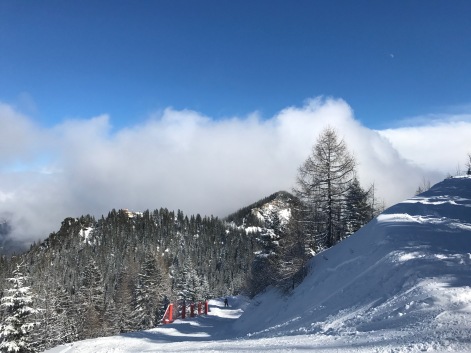 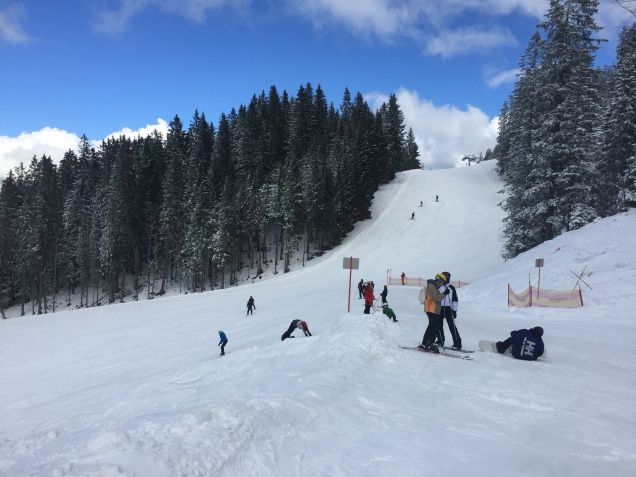 During the week I was in my own conference, but in the evenings I was adopted by the people from a difference conference via my new ski buddy  – turns out some of us graduated from the same college. 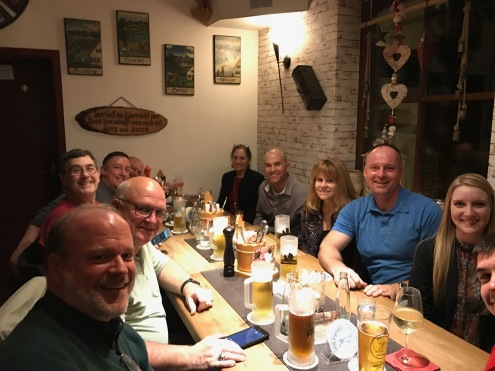 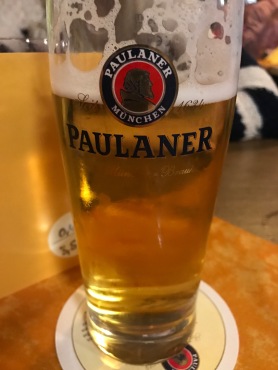 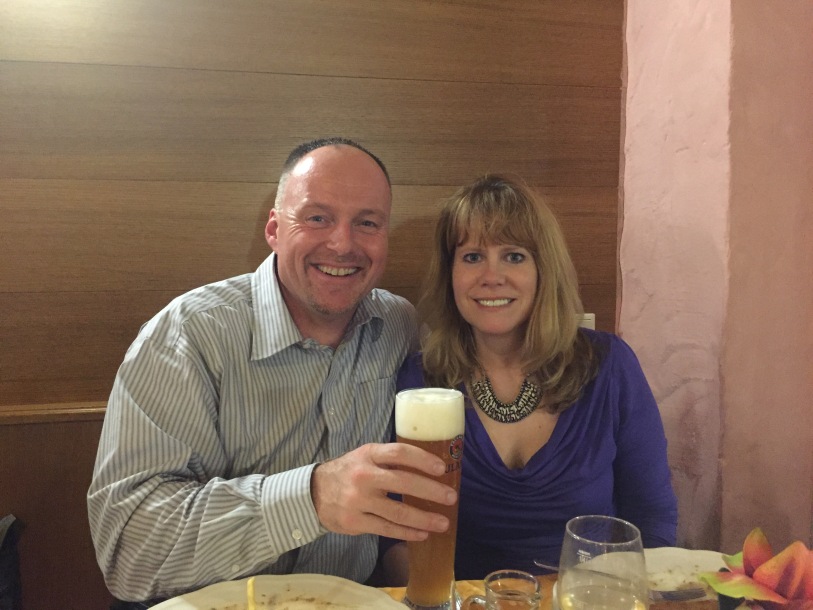 I had opportunities to take pictures of the beautiful town mostly on the day I arrived and the day I left.  Although it’s hard to see, in the picture where I’m standing on a wall, behind me is the ski jump used in the 1936 Winter Olympics. 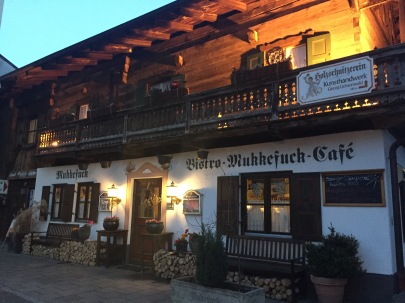 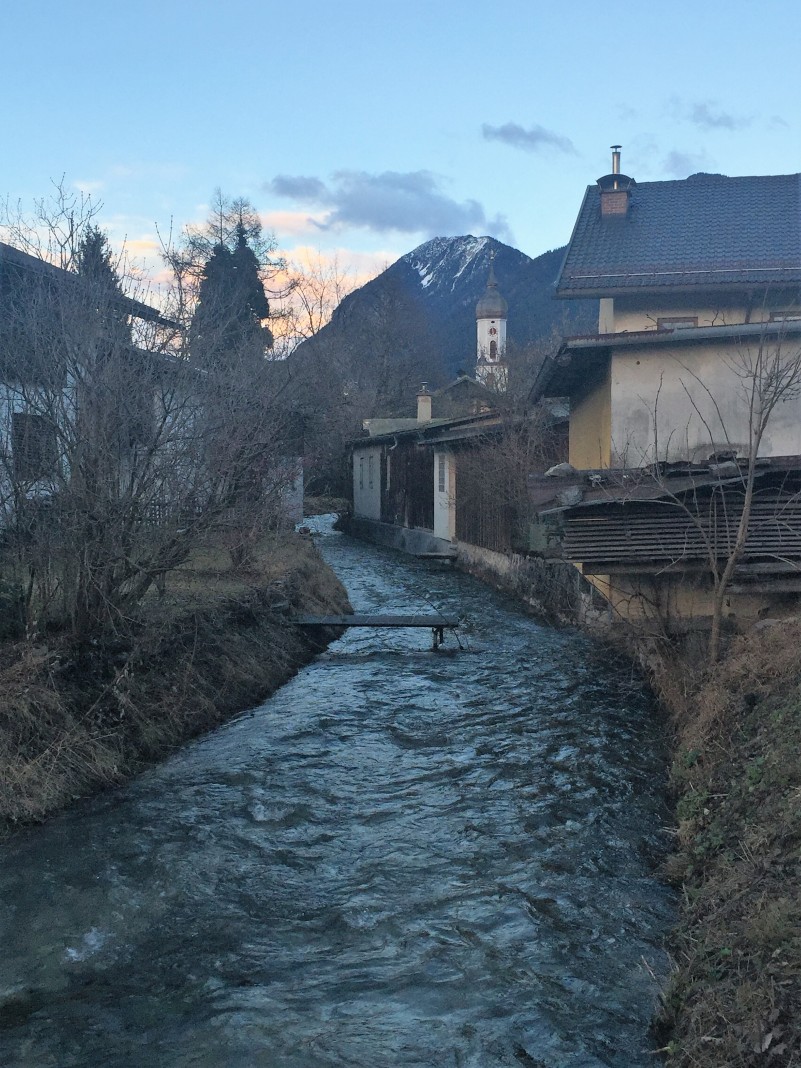 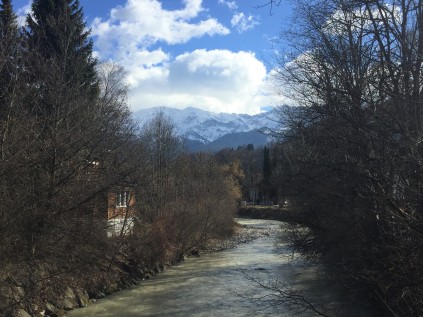 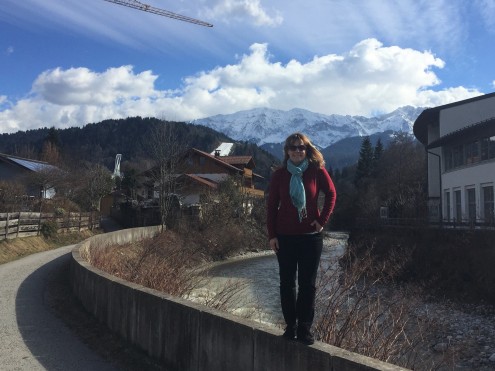 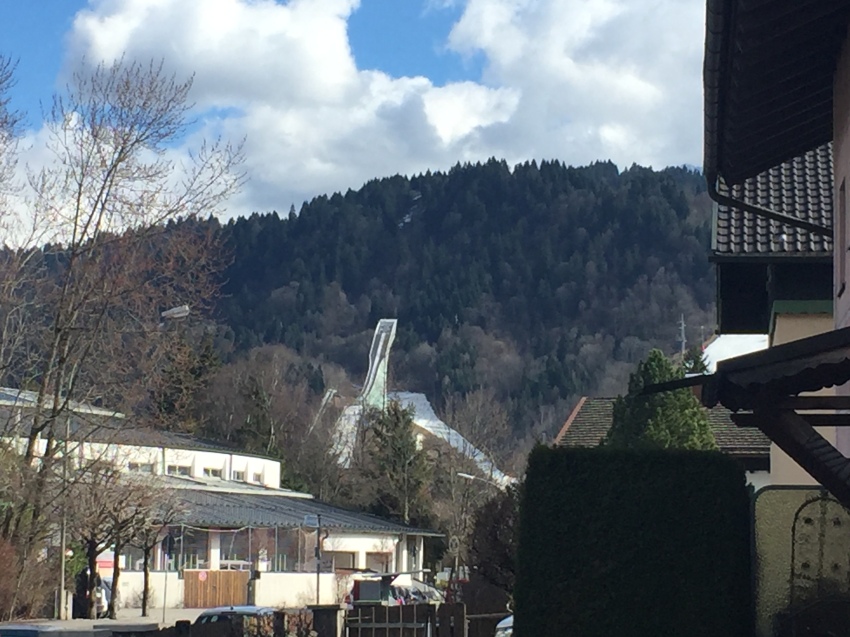 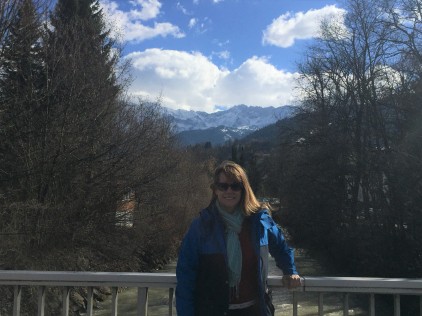 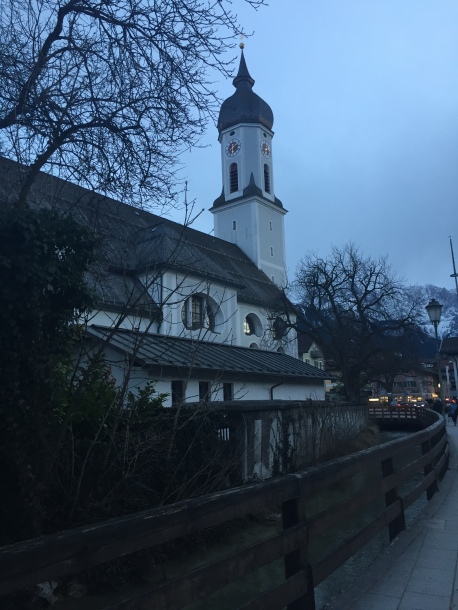 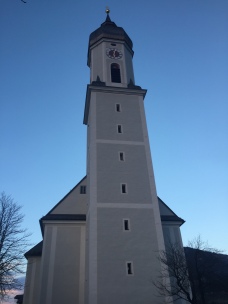 I traveled to Garmisch from Stuttgart via train and got to see some beautiful countryside in both directions. 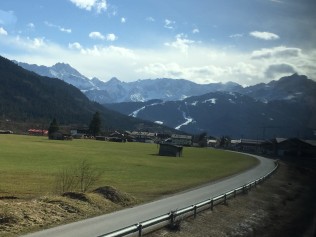 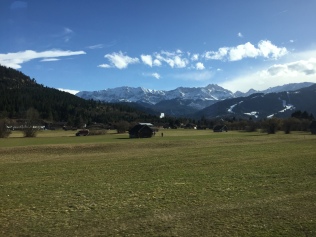